Description: The Texas State Department of Highways and Public Transportation (TSDHPT) was responsible for the building and maintenance of Texas roads and highways and for developing public mass transportation in state from 1975 to 1991. The agency was formed in 1975 when the Texas legislature merged the Texas Highway Department and the Texas Mass Transportation Commission into this single agency. Both TSDHPT and the Texas Highway Department operated a Travel and Information Division that promoted travel to and within the state of Texas and supported tourism through the distribution of publications, audiovisual programs, and news media materials. This series includes some of the many television (TV) and radio spots produced by the division covering topics such as National Highway Week and National Transportation Week, and other public service announcements such as Famous Last Words, a TV public service announcement with country musician George Strait encouraging people not to drink and drive. Records consist of 12 film projects, dating 1970-1977, 1989. Projects are comprised of 16mm motion pictures; 16mm motion picture components, including work prints and internegatives as well as magnetic and optical sound tracks; 0.25-inch open reel audiotapes; and an audiocassette. 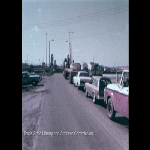 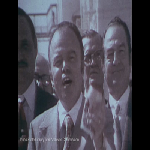