Description: Historical Note: This shovel was used by Governor Price Daniel and members of the Texas Library and Historical Commission to turn the first dirt to indicate that construction of the present Texas State Library and Archives building had begun on May 11, 1959. Price Daniel's political career spanned more than four decades and included all three branches of state government. Born in 1910 at Dayton, Texas, he grew up in Liberty and Fort Worth. After graduating from high school in Fort Worth, he attended Baylor University where he earned a degree in journalism. The following year, 1932, he received a law degree and returned to Liberty where he opened a law office. In 1939 he was elected to the Texas House of Representatives and became a member of the State Democratic Executive Committee. The following year he married Jean Houston Baldwin and they had four children. After serving three terms in the legislature, he was chosen Speaker of the House in 1943. However, he resigned to enlist in the army as a private, though he soon completed officer candidate school. Stationed in Japan and the Pacific, he attained the rank of captain when he was discharged in May 1946. Upon his return to Texas, he entered the race for attorney general and won the election. Daniel was elected U.S. senator in 1952. After four years as senator Price Daniel was elected governor, an office he held for three consecutive terms, from 1957 to 1963. Attempting to run for an unprecedented fourth term, he was defeated by John Connally in the gubernatorial primaries. 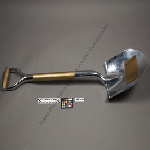 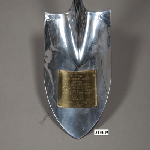 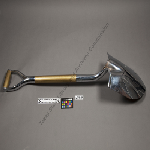