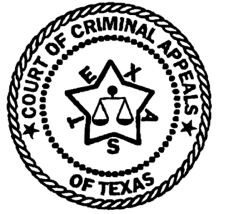 These records are arranged numerically, roughly chronologically in the order that the cases were filed with the court. Only those cases where records are available electronically are listed below.

[Jack Ruby was convicted on March 14, 1964, of the November 24, 1963 murder of Lee Harvey Oswald, the accused assassin of President John F. Kennedy and a Dallas policeman (November 22, 1963). These files are the transcripts from his court hearings murder trial in the Criminal District Court No. 3, Dallas County. The case was appealed to the Texas Court of Criminal Appeals, as Jack Rubenstein (a.k.a. Jack Ruby) v. State of Texas (# 37900), October 5, 1966. The Court of Criminal Appeals ordered the conviction reversed and remanded, “with directions that the venue be changed to some county other than Dallas.” Ruby died of cancer on January 3, 1967, before his retrial (scheduled for Wichita Falls) could begin.]