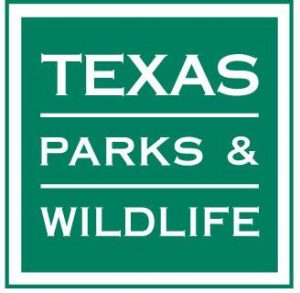 The State of Texas has given the Texas Parks and Wildlife Department (TPWD) the responsibility for the management and conservation of the state’s wildlife and fish resources; provision of outdoor recreational opportunities to the public; acquisition, development, and operation of wildlife management areas, fish hatcheries, state parks, historic sites, and other public lands; conservation education and outreach; cultural and historical interpretation; and the regulation of fishing, hunting, and boating activities. The department is composed of ten major divisions which carry out the functions and duties of the agency: Wildlife, State Parks, Coastal Fisheries, Inland Fisheries, Communications, Law Enforcement, Infrastructure, Administrative Resources, Legal, Information Technology, and Human Resources. The Parks and Wildlife Commission selects an executive director to administer the department. In 2014 the agency employed the full-time equivalent of 3,109 people. 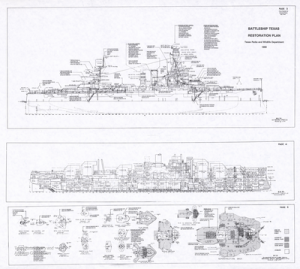 Creator: Texas. Parks and Wildlife Department.
Title: Texas Parks and Wildlife Department Battleship Texas ships plans and records
Dates: 1900-1990s
Dates: undated
Abstract: The Texas Parks and Wildlife Department (TPWD) manages the conservation of the state’s natural and cultural resources, conservation education and outreach, and interpretation of cultural and historical resources. The USS battleship Texas served in both World War I and World War II and was decommissioned in 1948 in Texas to become a memorial and exhibit. The ship was first managed by the Battleship Texas Commission, then in 1983 administration transferred to TPWD with input from the Battleship Texas Advisory Board. In 2019, the ship closed to the public for a major restoration effect. These records document the ship during both active duty and as a memorial and exhibit. Materials consist of original ships plans and plans reproductions, prints, posters, audiovisual materials, and records of the Battleship Texas Commission and the Battleship Texas Advisory Board. Records are dated 1900-1990s, undated. Most of the original ships plans, as well as all of the reproductions, prints, posters, and audiovisual materials have been digitized and are part of the Texas Digital Archive.