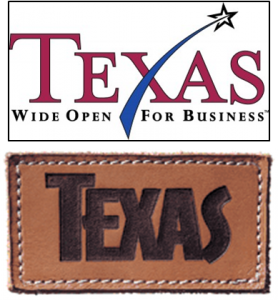 A description of non-electronic records described in this finding aid is available at https://txarchives.org/tslac/finding_aids/60014.xml.

The records are organized into nineteen series and two subseries.  Only series with electronic records are in the Texas Digital Archive.

The Economic Development and Tourism Division originated in 2003, when several functions of the abolished Texas Department of Economic Development and Texas Aerospace Commission were transferred to this division under the Texas Governor’s Office (Senate Bill 275, 78th Legislature, Regular Session). The division encourages and pursues business expansion and attracts business relocation prospects for the state of Texas, with specific subordinate offices focusing on small businesses, military installations, and aerospace, aviation, and defense businesses. It operates the Texas Economic Development Bank, which provides financial incentives to businesses expanding or relocating to the state of Texas and makes capital funds available to in-state businesses for economic development projects. Finally, the division also promotes Texas as an attractive travel destination through a multimedia marketing campaign and strategic partnerships with convention and visitors bureaus, local chambers of commerce, private travel-related organizations, and associations.

(Click here to read more of the Agency History)

Scope and Contents of the Records

Because the organizational structure of EDT and its predecessors as documented in these records shifted over time, series are based on isolated functions and are not grouped based on organizational hierarchy. The records are organized into 19 series that cover general agency functions as well as specific offices and projects. Several series reflect general agency functions. Organization charts document the organizational structure of predecessor agency TDED, and the Business Development Division of EDT, dating 1999-2008. Department of Economic Development Governing Board meeting records, member personnel files, and other material dates 1992-1995 and 1997-2002, and includes the subseries Board meeting records, containing materials documenting both the conduct of the board meetings as well and the projects and subject discussed therein, and the subseries Department of Commerce Policy Board member personnel files and other material, containing personnel files for board members as well as related material such as financial statements and oaths of office. Sunset files document TDED gathering information to comply with the sunset review process, dating 1999-2003. Publication development files document the publication of information intended to foster business relations and tourism in Texas with a focus on international business and import/export, and include publications of TDED’s Economic Information Clearinghouse Division and Office of International Business and EDT’s State of Texas North American Free Trade Agreement (NAFTA) Office and State of Texas Mexico Office, dating 2000-2005. Plans and planning records are strategic plans, action plans, and marketing plans created by EDT and TDED as well as documentation of the creation of some of these plans, dating 2001-2005 and 2013-2014. Reports and studies are reports on a variety of topics both authored by and collected by TDED, dating 1998-2002. Proposed legislation documents proposed legislation impacting the functions of TDED from the 72nd through 78th legislative sessions, dating 1990-2003. Administrative correspondence is correspondence of Jeff Moseley, EDT executive director, regarding opportunities for international trade, dating 2003-2005.

Series documenting specific subsidiary offices or projects are as follows: Business Development general files are electronic files generated by the Business Development Division including incoming and outgoing correspondence, memorandums, reports, presentations, speeches, spreadsheets, press releases, strategic plans, promotional materials, calendars, guides, and digital photograph files, dating 1998-2014. Corporate Expansion and Recruitment project files are generated by Corporate Expansion and Recruitment, an office of Business Development, in the process of negotiating with a series of companies for the establishment of new headquarters or facilities in Texas and the expansion of existing facilities, dating 1989-2009. This series comprises the bulk of the records.

Texas Tourism files document tourism in Texas, advertising initiatives, public relations, the Smithsonian Folklife Festival, and EDT’s Tourism Advisory Committee, dating 2000-2014. Aerospace, Aviation, and Defense files cover the activities of this subdivision of EDT, focusing on the development of aerospace and related industries in Texas in collaboration with interested stakeholders in both the public and private spheres, dating 2003-2011. Texas Military Preparedness Commission files include paper, audio and video recordings, and electronic records generated by the Texas Military Preparedness Commission (TMPC), a body subordinate to EDT tasked with advocating for the retention and expansion of U.S. military assets and associated defense-related businesses within the territory of Texas for the purposes of economic benefit, dating 1997-2015.

Electronic records described in this finding aid that are part of the Texas Digital Archive are indicated as such in the inventory. Restrictions on access to the content of records are applicable to paper and electronic records. Formats of the original electronic files include word processing or plain text files, spreadsheets, photographs and graphic images, databases, emails, PDFs, PowerPoint, and web-ready images. Digital files presented for public use will generally be PDF for text documents or spreadsheets and .jpg for photographic or graphic images. Files in their original format are available on request, restrictions may apply.

Other revisions to description and encoding by Caitlin Burhans, May 2020