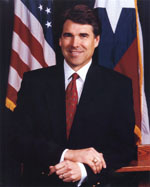 James Richard “Rick” Perry was the 47th governor of Texas. He was born on March 4, 1950 in Haskell, Texas to Joseph Ray Perry and Amelia June (Holt) Perry. In 1972, he received a bachelor’s degree in animal science from Texas A&M University. Perry then served as a pilot with the United States Air Force from 1972 to 1977 and was discharged in 1977 with the rank of captain. Perry was elected to the Texas House of Representatives (District 64) as a Democrat in 1984 and served until 1990. He was named one of the 10 most effective lawmakers by the Dallas Morning News in 1989. In the same year, Perry changed his party allegiance, becoming a Republican. Perry left the House of Representatives to serve two terms as Commissioner of Agriculture, from 1990 to 1998. He was a member of the U.S. Trade Representative’s Intergovernmental Policy Advisory Committee on International Trade; the Executive Committee, Southern U.S. Trade Association; and president of the Southern Association of Trade Departments of Agriculture (from 1992 to 1993). He was elected lieutenant governor in 1998, taking office in January of 1999. Perry became governor to complete the term of Governor George W. Bush who left the office in December 2000 to become president of the United States. Perry was elected governor of Texas first on November 5, 2002, and then reelected on November 7, 2006, and November 2, 2010.

As governor, he focused primarily on issues of economy, education and security, especially along the Texas-Mexico border. Throughout his governorship, Perry espoused fiscal conservatism, opposing a state income tax and focusing on job growth and business incentives. In the field of healthcare, Perry signed several bills governing abortion procedures and funding. In 2007, Perry issued an executive order mandating that all Texas girls receive the HPV (Human Papillomavirus) vaccine. The order was overturned by the state legislature the following August. As the longest serving Texas governor, Perry capitalized on the main power assigned to him by the Texas Constitution, appointing the majority of sitting members of every state board or commission.

On August 13, 2011, Perry announced he would be running for president in 2012. However, after a controversial campaign and a low showing in the Iowa caucuses, Perry dropped out of the presidential race on January 19, 2012. Perry later ran for president again, announcing his candidacy for the Republican nomination in the 2016 U.S. presidential election on June 4, 2015. He officially suspended his campaign on September 11, 2015.

On August 15, 2014, Perry was indicted by a grand jury on felony charges for abuse of power. The indictment specifically included two charges: abuse of official capacity (a first-degree felony) and coercion of a public servant (a third-degree felony). Perry was accused of coercing Travis County District Attorney Rosemary Lehmberg (who had been convicted of drunk driving) to resign by threatening to veto funding for the Public Integrity Unit, a group of state public corruption prosecutors. Perry was officially cleared of all charges in February 2016. 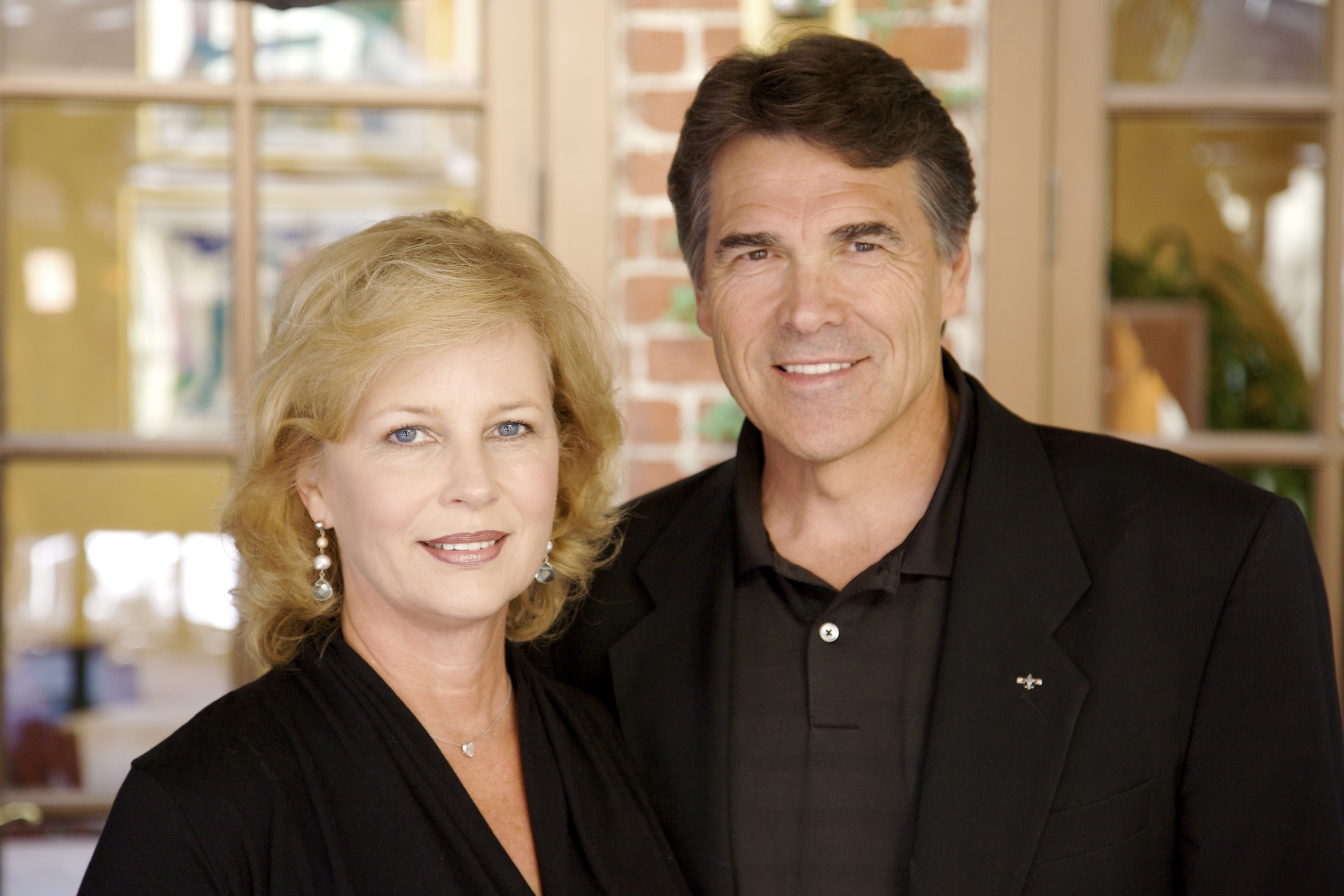 Perry married Anita Thigpen in 1982. They have two children, Griffin and Sydney.