Description: The Texas Supreme Court has final appellate jurisdiction in most civil and juvenile cases. Records are case files of the Texas Supreme Court dating 1840-2004. The files consist of two distinct groups of files, the circuit court-era or M files, 1840-1892, and case files from 1893-2004. As of 2017, case files for 2005 forward are held by the Texas Supreme Court. Types of materials present in these case files include original petitions (briefs, appeals), original indictments (criminal cases only for the early years), transcripts of proceedings from the district court, bills of exception, agreements, demurrer and answer, supplemental answers, statements of facts, testimony, judgments, motions, petitions and/or bonds for writ of error, citations in error, assignments of error, sheriffs' returns, certifications of costs, waivers of service, precepts, motions for rehearing, applications for extensions of time, certification of costs, and opinions of the lower court.Case files contain the most thorough documentation of the cases heard before the court. A case before the Supreme Court begins as an application which lists a cause of action as to why the court should hear the case. The most common cause of action is for a writ of error. Other causes of action include writs of mandamus, writs of habeas corpus, a certified question, and a direct appeal from a lower court when the Supreme Court has direct jurisdiction. The file dockets in the Dockets series list the cause of action for each application. Once the court grants or accepts an application, that application becomes a case.Case files presently held by the Texas State Archives are the M case files (1840-1892), No prefix case files (1892-1943), A case files (1944-1966), B case files (1967-1980), C case files (1981-1990), D case files (1991-1993), and 94 through 04 case files (1994-2004). Access to the cases is through their case number. If the case number is not known, alphabetical access to the parties in the cases is available using card file and volume indexes and the name indexes in the dockets. See the Indexes and Registers and Dockets series for more information as there are a variety of indexes and dockets. Cases in oversize boxes, misfile boxes, and other boxes of separated case files are listed in the folder inventory adjacent to the box that contains the bulk of the case. In a few instances, the case may be present only in an oversize, misfile, or separated box. Researchers should request all boxes listed as containing the number of the case file they are seeking.The folder inventories for all case files subseries except the M case files were removed from this finding aid and split into six additional finding aids due to the size of the Case files series. 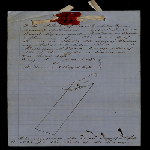