Description: Clear-colored pen with a black outer cap to attach the nib. Treaty signed on December 20, 1963. Printed on the barrel: The President, The White House.

Description: Historical Note: This pen was used by President Lyndon Baines Johnson in signing the Chamizal Treaty with Mexico in 1963. The Chamizal dispute between Mexico and the United States was a boundary conflict over about 600 acres at El Paso, Texas, between the bed of the Rio Grande as surveyed in 1852 and the present channel of the river. The dispute was based on the interpretation of the Treaty of Guadalupe Hidalgo of 1848 and the Treaty of 1884. The river continually shifted south between 1852 and 1868, with the most radical shift in the river occurring after a flood in 1864. By 1873 the river had moved approximately 600 acres, cutting off land that was in effect made United States territory. The dispute was formally settled on January 14, 1963, when the United States and Mexico ratified a treaty that generally followed the 1911 arbitration recommendations. The agreement awarded to Mexico 366 acres of the Chamizal area and seventy-one acres east of the adjacent Cordova Island. The United States also received 193 acres of Cordova Island from Mexico, and the two nations agreed to share equally in the cost of rechanneling the river. In 1964 President Adolfo Lopez Mateos and President Lyndon B. Johnson met on the border to end the dispute officially. In October 1967, Johnson met with Mexican president Gustavo Diaz Ordaz on the border and formally proclaimed the settlement. 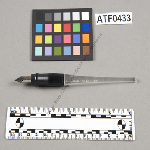 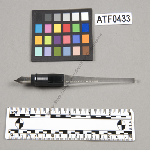