Description: The Texas State Department of Highways and Public Transportation (TSDHPT) was responsible for the building and maintenance of Texas roads and highways and for developing public mass transportation in state from 1975 to 1991. The agency was formed in 1975 when the Texas legislature merged the Texas Highway Department and the Texas Mass Transportation Commission into this single agency. Both TSDHPT and the Texas Highway Department operated a Travel and Information Division, and Stock films includes film and audio recordings produced by this division that may have been used in complete projects or were kept as stock film for future productions, such as aerial footage of Texas cities, footage from the Texas Folklife Festival, various highway shots, and the flora and fauna of Texas. These records consist of 19 film projects, dating 1963, 1978-1983, 1990, bulk 1979-1981, and are comprised of 16mm motion picture components, including work prints, camera original footage, and internegatives, as well as magnetic and optical sound tracks. 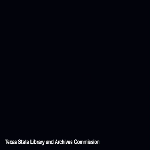 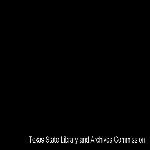