Description: Historical Note: This portrait of Fay Wright Stevenson, wife of Governor Coke Robert Stevenson, was damaged by fire and smoke in the Texas State Capitol in 1983. Coke Robert Stevenson, governor of Texas, was born on March 20, 1888, to Robert Milton and Virginia (Hurley) Stevenson in Mason County, Texas. He was elected to the Texas House of Representatives in 1928, and he was a member of that body from 1929 to 1939. He served as speaker of the House from 1933 to 1937, the first person ever to hold that office for two successive terms. Stevenson was elected lieutenant governor of Texas, and served from 1939 to August 4, 1941, when he became governor after W. Lee O'Daniel resigned to become United States senator. Stevenson was elected governor on his own in 1942. He was reelected in 1944 by an overwhelming vote, and his tenure from August 1941 to January 1947, was the longest consecutive service of any Texas governor up to that time. He was married to Fay Wright on December 24, 1912; they had one son. During Stevenson's first year as governor, in January 1942, his wife died. He remained a widower until January 16, 1954, when he was married to a widow, Marguerite (King) Heap; they had one daughter. 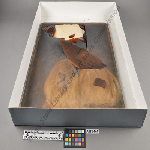