Description: The Texas Music Office (TMO) of the Texas Governor's Office is a state-funded business promotion office and information clearinghouse for the Texas music industry. The records consist of incoming and outgoing correspondence, memoranda, reports, presentations, speeches, invitations, drafts, brochures, spreadsheets, press releases, schedules, newsletters, meeting programs, budgets, notes, audiocassettes, videocassettes, compact discs, CD-ROMs, DVDs, and digital images generated by TMO staff in both analog and electronic formats. The files were kept for reference purposes by staff, and document a number of functions, including attendance and development of industry events, communication with musicians and members of the music industry, development of an information base on notable figures and organizations in the Texas music community, and promoting members of said community to decision-makers inside and outside the state. Correspondents include musicians, record label staff, music venue owners, event organizers, state legislators, staff of the Governor's Office, Texas Department of Economic Development, and Texas Department of Commerce; and members of the general public. Dates covered are 1985-2015.

Copyright information: A large portion of the materials in subseries Music media have been formally copyrighted by their creator, and researchers must comply as such. The remainder of the materials are demo recordings that were produced under informal circumstances and sent to the TMO. These recordings may not be under copyright, though the researcher is strongly advised to contact the creator to determine the legal status of their work. 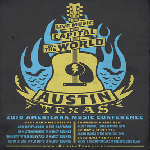 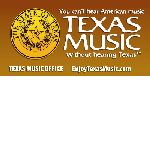