Description: Armor plate of the U.S. Battleship Texas, which was damaged by a high explosive shell in 1898. The metal plate is displayed in a custom wooden box (brown). Display box has dovetailed corners and the interior is white. The metal is dark with paint peeling. There are rivet holes along the bottom edge and a large hole in the center with jagged edges. Metal plaque states: Wound received in side of Texas off Santiago de Cuba, July 3, 1898. Also found in the cavity of the wound is a key on a keychain.

Description: Historical Note: This is a piece of armor plate from the U.S. battleship Texas, which was pierced by a shot from the enemy in the naval fight off Santiago de Cuba on July 3, 1898. During the war with Spain, the Texas was stationed on the south side of Cuba. This piece of wounded armor was received by Governor Culberson on October 7, 1898 from Commodore J.W. Philip, who commanded the Texas in that engagement. It was at the close of this battle that Commodore Philip admonishing his men, spoke: Don't cheer, boys, the poor fellows are dying. Two American battleships have been christened the U.S.S. Texas. The first Battleship Texas was christened on August 15, 1895, becoming the first American steel-hulled battleship. The 309-foot vessel was called into action soon thereafter. It was used to bring home the bodies of those that died in the sinking of the U.S.S. Maine in Havana harbor on February 15, 1898. In the Spanish-American War that followed, the Texas participated in the defeat of a Spanish squadron during the Battle of Santiago, fought July 3, 1898. After the war, the Texas served in various peacetime activities until 1911. At that time, its name was changed to the U.S.S. San Marcos so that the name Texas could be reassigned to a new, more modern battleship. After being brought in and out of service for several years, Texas I became a gunnery target for newer ships in the U.S. Navy. It now lies at the bottom of the Chesapeake Bay, about seven miles southeast of Tangier Island. The keel of the second battleship to be named the U.S.S. Texas was laid at the Newport News, Virginia shipyard in 1911, the same year that Texas I was decommissioned. This new 573-foot vessel was launched in May 1912 and christened in March 1914. It served in the Atlantic Fleet during World War I and was present at the surrender of the Imperial German Fleet in 1918. Soon after World War II, ownership of the Texas was transferred to the state of its namesake to be used as a state historic landmark. The battleship is now permanently moored near the San Jacinto monument - the site just east of Houston where Texas won her independence from Mexico in 1836. 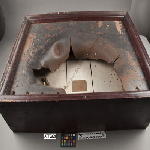 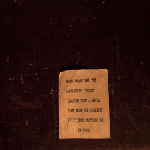 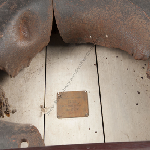 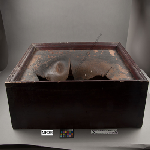