Description: Violin in case with wooden frame and glass. The bow and violin are generally of the older Baroque style. The frog could possibly be ebony, the head possibly maple, and the stick possibly mahogany. The hair is in good condition.

Description: Historical Note: Crafted by Henry Journeay, a 27-year-old skilled wood worker who immigrated to Texas from Staten Island, New York. Journeay is said to have crafted this violin from wood scraps left over from a chair he made for Santa Anna, using glass and a razor as his tools. The Mier Expedition was the last of the raiding expeditions by Texans into Mexico in the early 1840s. In 1841 and 1842, a series of deadly incidents occurred between Texas and Mexican forces. These events led Texas President Sam Houston, in October 1842, to organize the Somervell Expedition to make punitive raids across the border. The party captured the Mexican towns of Laredo and Guerrero but was then ordered to disband and return back to Texas. Bitterly disappointed, five captains and more than 300 men ignored that order, determined to pursue revenge and plunder. Actions of this group are known as the Mier Expedition. These Texans invaded the small town of Mier, in the state of Tamaulipas, without resistance on December 23, 1842. When Mexican troops arrived a skirmish ensued, and the badly outnumbered and unsupplied Texans surrendered on December 26.The prisoners were sentenced to death, but Mexican General Ampudia reversed the execution order and sent the prisoners to Mexico City. During the march to Mexico City all 179 prisoners escaped; 176 were eventually recaptured. Mexican president Antonio Lopez de Santa Anna ordered Coahuila Governor Francisco Mexia to execute all the prisoners, but he refused and changed the order to decimation, a punishment by which every tenth man would be shot. On March 25, 1843, in what become known as the Black Bean Episode, the prisoners were forced to draw from a clay jar containing 17 black beans and 159 white beans. The unlucky men who drew a black bean were shot, while the survivors were imprisoned at Perote Castle in Vera Cruz. Many of the prisoners died in captivity, some escaped, and others were released periodically, with the last being released in September 1844. Henry Journeay was a survivor of the Black Bean Episode. According to legend, Journeay played the fiddle to entertain the Texan prisoners. After his release from the Mexican prison, Journeay returned to Texas and operated a successful wood mill in Galveston. He died in 1870 from injuries received in a streetcar accident. 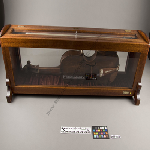 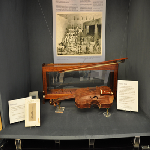 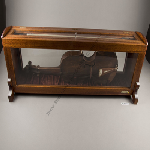 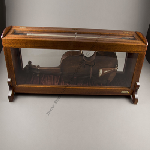