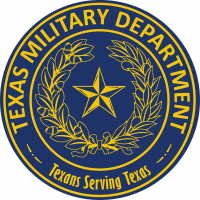 On November 13, 1835, the Consultation created the office of Adjutant General, as one of five heads of departments under the Commander-in-Chief of the Texian Army (the other offices being Inspector General, Quartermaster General, Surgeon General, and Paymaster General). On December 20, 1836, the 1st Congress passed “an Act to organize and fix the Military establishment of the Republic of Texas,” which in addition to the aforementioned bureaus, created a Commissary General of Subsistence, a Commissary General of Purchases, and a Colonel of Ordnance, all of whom answered to the Secretary of War. On December 18, 1837, Congress passed–and later passed again over President Sam Houston’s veto–an act making the Adjutant General a position elected by the Congress; the first man so elected was Hugh McLeod. This arrangement lasted less than two years, however, with subsequent Adjutant Generals–beginning with McLeod on January 30, 1839–being appointed by the President. Congress combined the offices of Adjutant General and Inspector General on January 28, 1840, and technically abolished this position on January 18, 1841. Yet Peter Hansborough Bell served as Adjutant General of Militia soon thereafter; and in legislation of February 1842, there is a reference to an Acting Adjutant General. 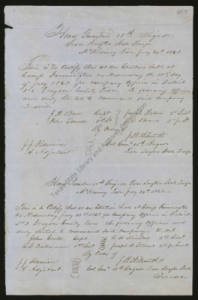 Creator: Texas. Adjutant General’s Department
Title: Adjutant General’s Department Civil War military rolls
Dates: 1860-1865, 1871, 1898
Abstract: The Civil War brought a reorganization of the office of Texas Adjutant General with the act of December 25, 1861 (Chapter 20, 9th Texas Legislature), that created an adjutant and inspector general who would also serve as ordnance officer and quartermaster and commissary general. Oversight of the 33 brigades of the Texas State Troops plus the Frontier Regiment fell to this office. Two other military entities were also involved in Texas during this time: Confederate officials and Union troops. The Confederate and Texas State Troops military rolls comprise muster rolls, payrolls, rosters, returns, and election returns of approximately 1,500 companies of both Texas State Troops (including Rangers) and the Confederate States Army, stationed in Texas during the Civil War, dating 1861-1865, 1871, 1898, bulk 1861-1865. The Army of the United States (or Union) military rolls consist of 29 rolls, plus one volume of official copies from the U.S. War Department (1865) of Union troops stationed in or near Texas immediately before and during the Civil War, dating 1860-1861 and 1864-1865. Some military rolls described in this finding aid have been digitized and are part of the Texas Digital Archive.

The Civil War military rolls subgroup of the Adjutant General’s records is organized into two series. The following series are available in the Texas Digital Archive:

A customized search page has been create to facilitate access to these records. 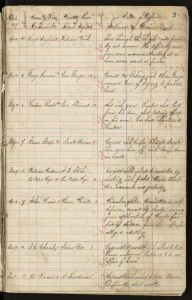 Creator: Texas. Adjutant General’s Department.
Title: Adjutant General’s Department Reconstruction records
Dates: 1865-1874, undated
Abstract: The Texas Adjutant General’s Department oversees the military interests of Texas to serve the state civil authorities and the citizens of Texas. During the Congressional phase of Reconstruction, the military affairs of the State of Texas, and many aspects of civil government, were controlled by the commander of the District of Texas (1866-1868) or of the 5th Military District (1868-1870). These records are of those districts, and of the State Police and the State Guard and Reserve Militia, both created in 1870 and commanded by a newly restored state adjutant general. Types of records include military orders; correspondence, petitions, and sworn statements; reports of crimes, arrests, and fugitives from justice; certificates of disability; court martial proceedings; annual militia returns; militia rolls; a hospital report; affidavits of loss and damage; quartermaster records (especially vouchers), pay vouchers, ordnance records, and accounts for moneys collected and disbursed; and other financial records, dating 1865-1874, and undated.